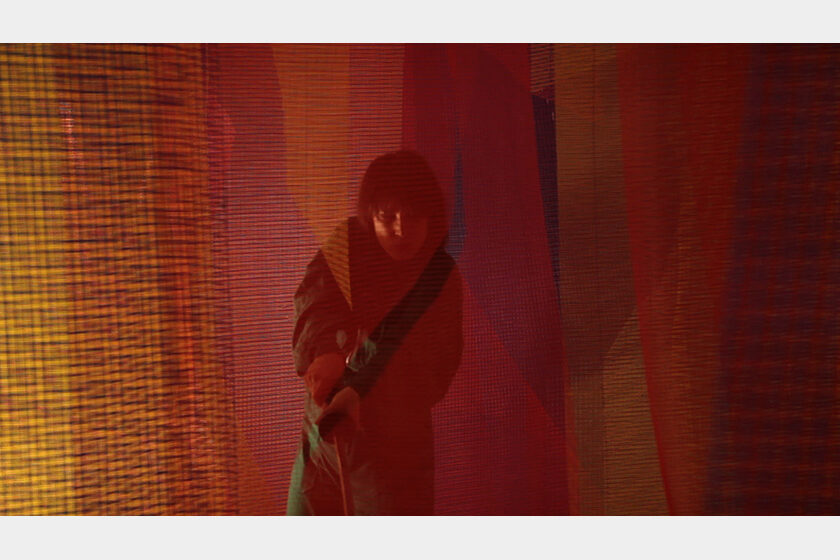 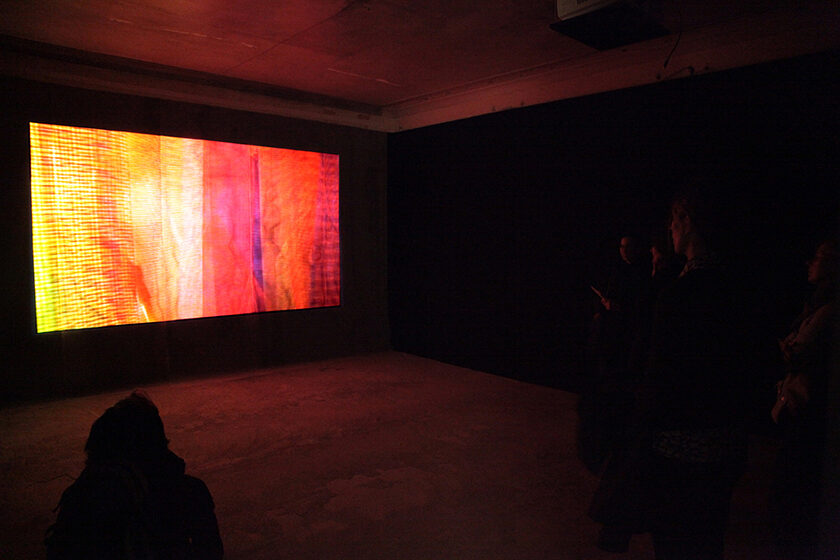 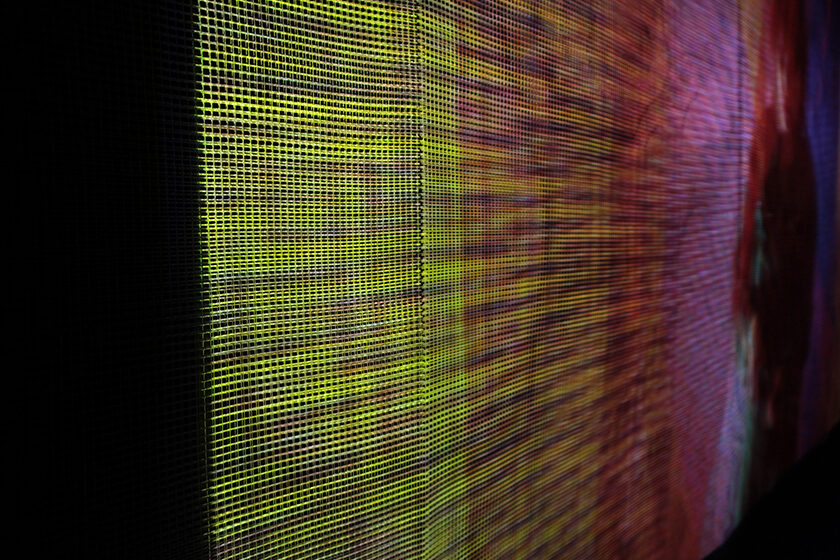 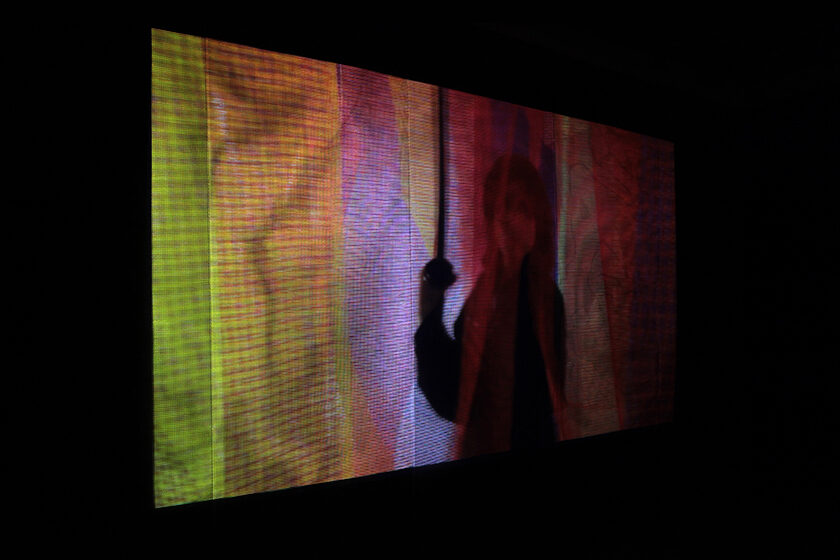 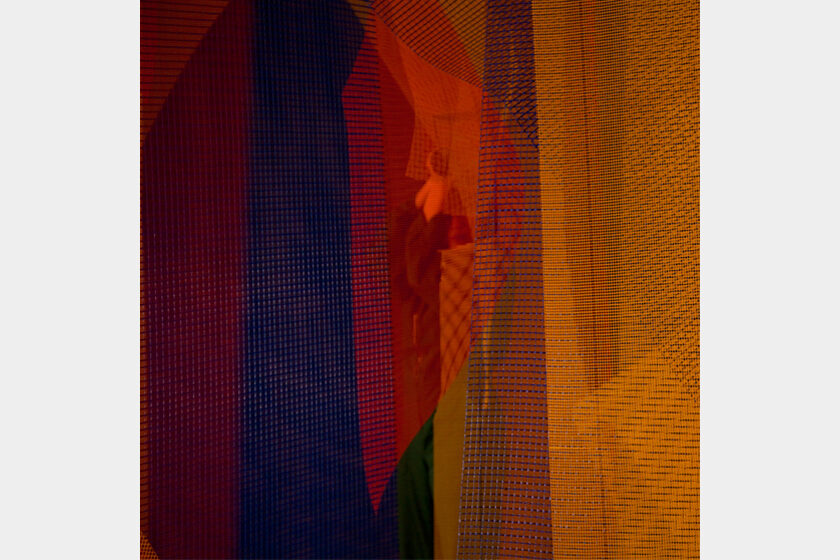 Interferencia examines primarily illusion and difference between an analog tableaux and its translation into a digital image. As common in Redondo’s practice, the artist makes use of industrially produced materials for the composition of her sets, which she accurately staged prior to her interventions. The newly created space arises at first glance as a confusing material convolute, which clarifies its nature built out of innumerable gridded fabric layers once Redondo starts to dimly appear in the picture. The layers act both as a kind of membrane structure between the analog and the digital video image, and as a veil, that separates the viewer from the performer. The artist slashes the overlapping materials one by one with a sword. The cutting inherent brutality will be repealed by the graceful, almost dance-like movements of Redondo, who acts like a Samurai moving intuitively through the space, as if she had entered it for the first time and would now try to escape it. Yet their actions seem completely accurate. Her devotional attitude and method approaching performance adds an additional tension to her action. The video is projected on a white colored industrial grid, similar to the original material applied on the set, which creates an additional immersive experience. The audience finds itself in the middle of the layering and can no longer distinguish between the real existing exhibition space and the illusionistic space.